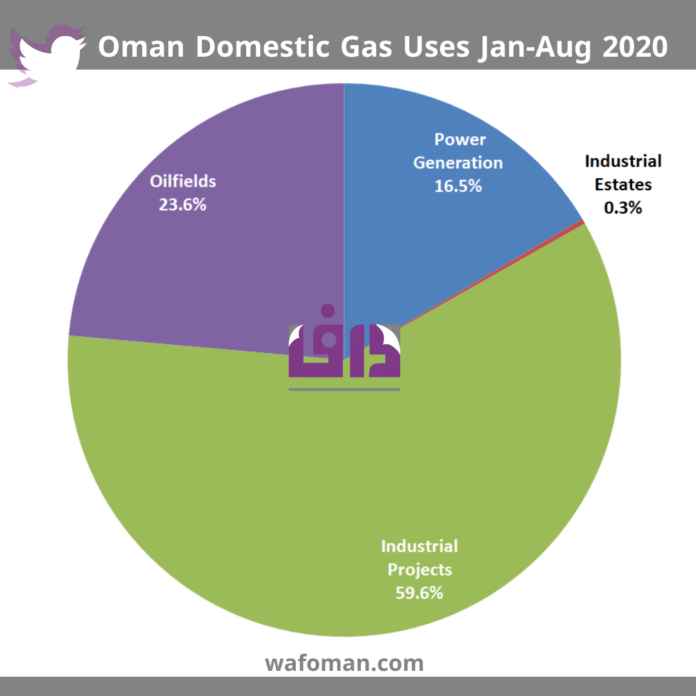 MUSCAT (WAF): The amount of gas consumed in oilfield operations during the first eight months of 2020 increased by 15% compared to the end of August 2019, Oman’s NCSI monthly bulletin shows.

During the same period, gas consumption in power generation, industrial projects and industrial estates dropped by 3%, 13% and 6% respectively. The total gas used in the first eight months was 290 MNCM less than last year.

In a recent interview with Argus Media, Dr Mohammed al-Rumhy, the Omani Minister of Energy and Minerals said that country would hit the breaks on gas production due to lack of outlets, and the need to accommodate the new gas quantities coming from Khazan and Ghazeer to maximize on condensate production.

“We do not have an outlet for that gas; we are going to shut in some of our dry gas wells to accommodate that volume,” al-Rumhy told Argus Media. He stressed Oman’s focus to preserve gas resources “to be used within the country” in growing the industrial sector.