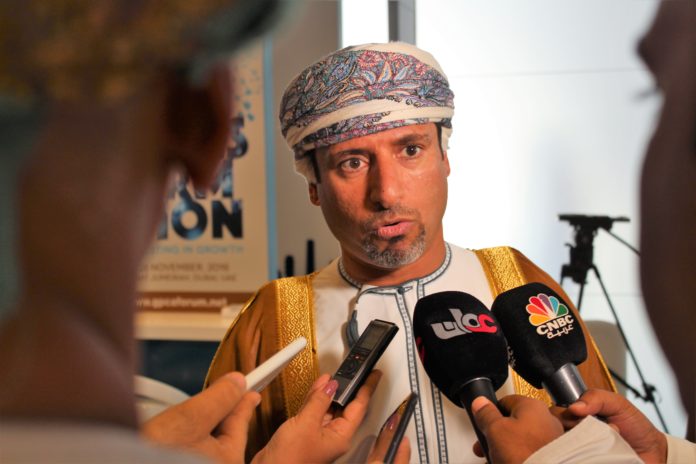 MUSCAT – The decline in the revenues of oil product marketing companies is not due to changes in pricing structure, but rather to the decrease in fuel sales in general and that the government will not lease the facilities owned by these companies at Mina al-Fahal Refinery as it used to, Eng. Salim Bin Nasser al-Aufi, Undersecretary of the Ministry of Oil and Gas told WAF today.

He explained that the government – before the completion of al-Jifnain facility – was leasing storage facilities located in Mina al-Fahal owned by these companies, and thus they no longer enjoy this stream of revenue. “This amount (of money) is now being paid to ORPIC for the using its facilities in al-Jifnain”.

“These companies should be innovative and look for alternative uses of these facilities,” al-Aufi said on the side-lines of the 9th Gulf Petrochemicals and Chemicals Association (GPCA) conference taking place currently in Muscat.

Al-Aufi’s comments came in response to a news report by the state-owned English daily Oman Observer on fuel marketing firms claiming to be impacted by a “new pricing structure”.

The three listed fuel marketing companies stated an impact of the storage shift to al-Jifnain in their disclosures for the first half of 2018. Oman Oil Marketing SAOG financial results for Q2 showed a 10% increase in profit after tax, yet the company said that the profit “has been much impacted following the move to the new terminal in Jifnain and changes in the Marketers’ margin”.

Al Maha Petroleum Products Marketing SAOG said in its report for the financial statement for the six months ended 30 June “The impact of the new pricing system applied by the Ministry of Oil and Gas on marketing companies has had a negative impact on gross margin”. Al Maha added that it is “in negotiations with the relevant ministries to limit the impact of this new pricing policy”

In March 2018, Oman Oil Refineries and Petroleum Industries Company (ORPIC) started commercial operations at the Muscat-Sohar Product Pipeline (MSPP) project and the distribution and storage facility in al-Jifnain, with a storage capacity of 170,000 cubic meters.