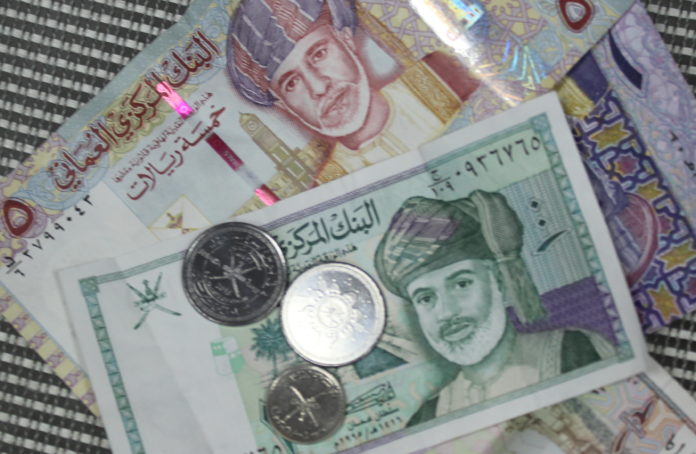 Muscat (WAF):The final account for 2017 showed an increase of 576 million Omani Rials in actual expenditure and a decrease of RO200 million in total actual revenues, compared to the budgeted figures, according to the Ministry of Finance’s final statement published today in the Official Gazette.

The subsidy bill increased from a budgeted RO395mn to RO502.9mn at the end of 2017. The largest share was to the electricity sector as shown below: 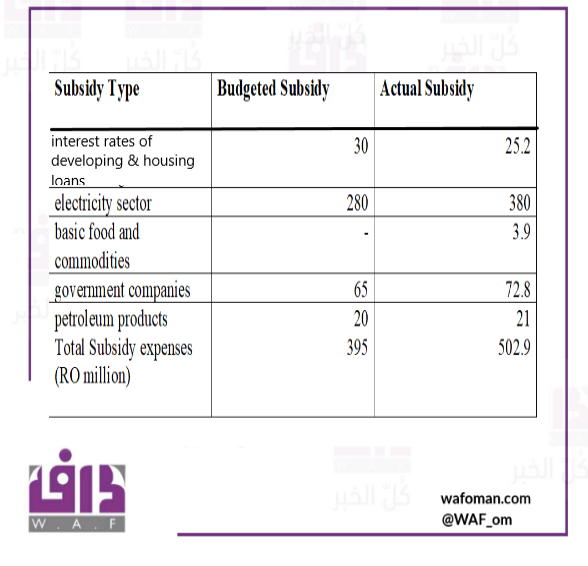 Actual revenues for the year 2017 decreased from the budgeted RO8.7bn to RO8.5bn. This was due to a decline in expected revenues of Gas from RO1.66bn to RO1.5bn, and a decrease in current revenues -between the budgeted and actual figures- from RO2.55bn to RO2.17bn.

Highlights of some of the main differences between budgeted and actual current revenues in 2017: 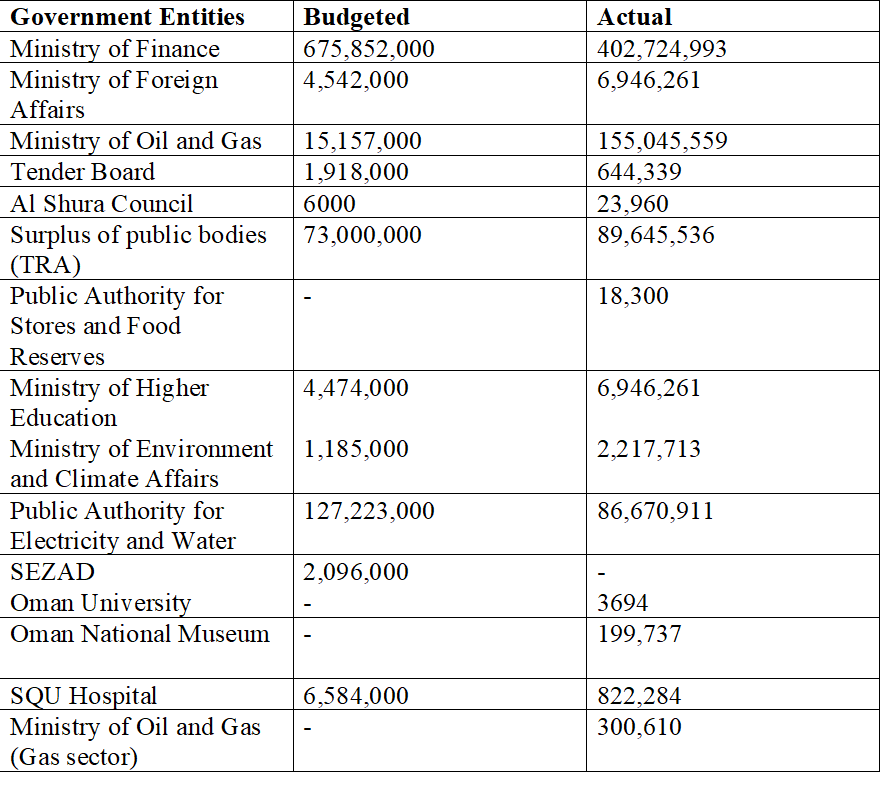 Oman’s 2018 budgeted deficit is also RO3bn. And the latest official statistics released by the National Center for Statistics and Information (NCSI) show a positive impact of higher oil prices with a deficit of RO1.4bn at the end of June, compared to 2.4 billion Omani Rials at the end of June 2017.

On the other hand, the annulments of the Sheikhs and tribes, which amounted to about RO4.2 million at the end of 2016, were canceled.

It is worth mentioning that the final statement was issued on 10 September 2018, but was published in the Official Gazette in its issue dated 30 September 2018.