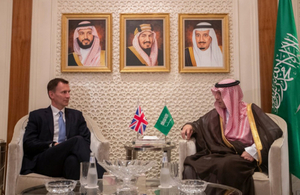 Muscat (WAF): Up to 50 wounded Houthis fighters will be allowed -by the Saudi-led Coalition- to be evacuated from Yemen to Oman this month, a statement by the UK’s Foreign Office said.

“Coalition forces will now permit the UN to oversee a Houthi medical evacuation, including up to 50 wounded fighters, to Oman, ahead of another proposed round of peace talks in Sweden later this month”, a statement said.

The medical evacuation is yet “Subject to final reassurances” according to the Foreign Office.