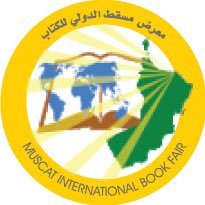 Muscat (WAF): Omani authorities pulled a book titled “Emirates” from its annual book fair due to the usage of distorted maps of Oman, a statement from Muscat International Book Fair Committee said today.

The book included a map of the GCC region where Oman was mislabeled as Bahrain, and Qatar’s label was ignored from the map completely.

The Omani authorities listed the demanded steps to be taken by the publisher and a response by Thursday (28th of Feb). Failing to oblige, Oman “will make moves starting on Thursday to exempt the publishing house from this edition of the fair and subsequent editions.(And) legal action will also be taken”, the Arabic statement said.

The Book Fair Committee demanded the publishing to terminate the book –or at least show proven steps to correct the mistakes-, and to extend an official apology and to publish the same in all media platforms. The Committee has also requested the publisher to refrain from presenting the book in any other book fairs.

Al-Aufi: Oman relies on energy transition to grow the economy