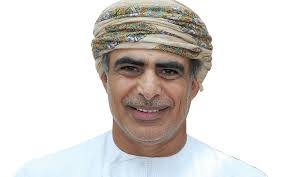 “It’s true, but nothing has been formed up yet”, al-Rumhy told WAF News today.

Earlier today, a news report by Reuters said that “energy trader Gunvor is arranging a commercial loan for up to $3 billion for Oman to be backed by the Arab state’s long-term oil export contracts”.

Al-Rumhy implied that the loan is not related to Oman Oil & Orpic group without elaborating. Which makes the step seems like a move by the government of Oman to lean on the strong reputation of the Oil and Gas sector.

Leading to current loan-related negotiations, Qalhat LNG and Oman LNG both paid off all debts ahead of schedule. Al-Rumhy, who is also the chairman of Oman LNG said then in a press statement “The early repayment of the loan by Oman LNG demonstrates the financial robustness of the company and confidence in the oil and gas industry and Omani economy at large. The oil and gas industry provides a great investment opportunity like other sectors of the Omani economy”

Oman is a non-OPEC member. Its average daily oil production was around 1,000,000bpd before the OPEC an OPEC+ current agreement, to cut oil output, came into effect.