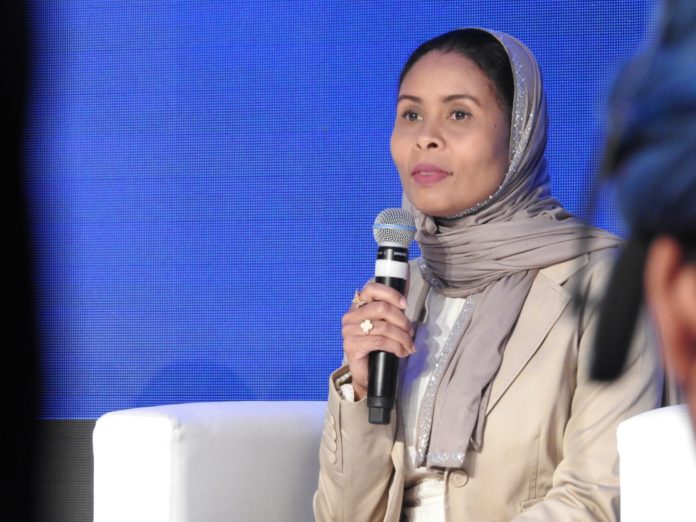 Tahir said that during the first two years, the Fund started training 6,000 Omanis, “some of whom have already joined their jobs, and others are continuing their training.” “According to the 2019 plan, an additional 5,000 trainees will join,” she added.

Asked about the Fund’s plan for next year in terms of the number of training opportunities, the CEO of the Fund, who was established by Royal Decree in 2016, explained that the fund targets 10,000 “if our resources allow it,” she said.

Tahir made the remarks on the sidelines of her participation in the announcement ceremony of Oman’s Future Skills Initiative by the Supreme Council for Planning (SCP) and the World Economic Forum.

During her participation in a panel discussion, Tahir said that the Fund is using the help of the private sector to draw a “labour market intelligence” map that provides a vision for future jobs and careers that will disappear during the coming years. The most appropriate skills for Omanis to cope with this change and the gradual transition to new occupations while meeting what employers seek.

She said that the work model of the National Training Fund focuses on 60% of the training skills in a specialised field, while the rest develops supporting skills required in different sectors to facilitate the adaptation of Omani cadre to transition from one industry to another smoothly.

Asked by WAF News about the timeframe for the completion of the “labour market intelligence” map, Sharifa Tahir said it is expected to be ready “during the first quarter of 2020”.