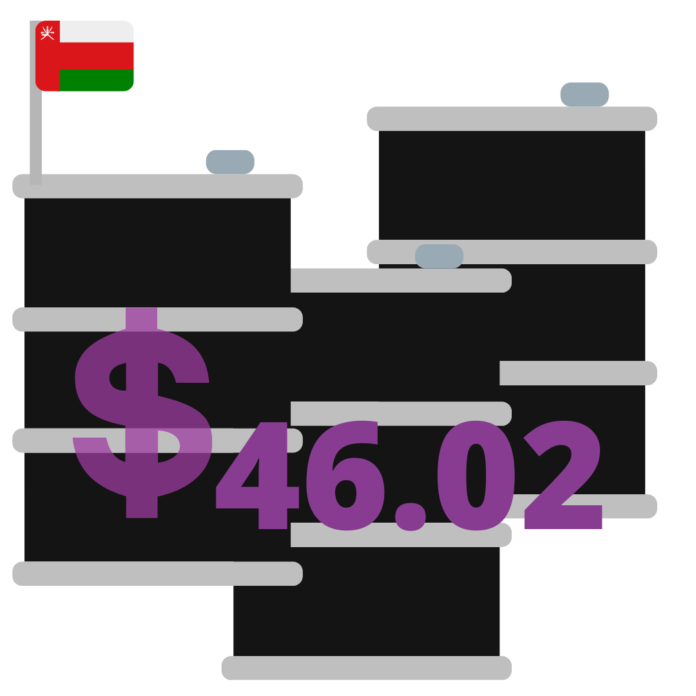 Oman crude oil Official Selling Prices (OSP) witnessed an apparent fluctuation during 2020. The lowest OSP for June delivery -traded during April 2020- at an average price of $23.65 per barrel.

And futures contracts for February 2020 delivery- traded in December 2019 – was the highest average amounting to $65.49 per barrel.

It is noteworthy that the Sultanate of Oman has based its budget estimates for the current year on a price of $58 a barrel, which is $11.8 higher than the actual average shown by the WAF’s calculations.

Oman expects, based on the Ministry of Finance’s estimations released yesterday, that the actual deficit for 2020 will be four billion Omani Rials ($10.4 billion) compared to the estimated deficit at the beginning of the year – within the budget approval decree – of RO2.5 billion ($6.5 billion).