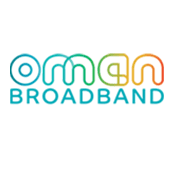 Eng. Said al-Mandhari, CEO of OICT Group, said that the company, which started its operations in 2014, managed to achieve net profits by the end of last year. He added that OBC’s Initial Public Offering (IPO) and then listing at Muscat Securities Market (MSM) is scheduled for 2023. “The Group will retain the majority share,” al-Mandhari told WAF.

In 2020 OBC commences the second phase of the national broadband plan. The phase mainly aims to extend fibre-optic networks in areas that are not economically viable outside the governorate of Muscat.

According to al-Mandhari after the previous loan obtained by OBC from AIIB in 2018 amounting to 92 million Omani Rials ($239.2 million), AIIB expressed its interest in contributing to financing the second phase of the broadband plan and buying a stake in OBC.

Unlike the first phase of OBC’s plan, which was mainly based on government investments to acquire or build fibre-optic networks, al-Mandhari stated that “a large portion of the second phase is based on the principle of a partnership (PPP)”, whereby Oman Broadband is studying getting into revenue sharing agreements with private contractors to build the networks on behalf of the government and lease the infrastructure to the sector’s operators.

It is noteworthy that the Oman Broadband Company owns assets worth 120 million Omani Rials ($312 million), in addition to managing the fibre-optic assets owned by electricity companies as part of revenue sharing agreements.