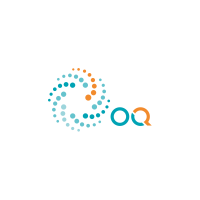 MUSCAT (WAF): Oman’s consolidated energy group “OQ” has reported a decline in revenue and net profit by 17% and 8% respectively in 2019 compared to 2018, OQ’s sustainability reported shows.

In 2018, Oman Oil Company for Exploration and Production (OOCEP), a subsidiary of OQ, sold a quarter of its stake in Khazzan gas project to Malaysia’s Petronas in a deal valued between $1.5-2 billion.

OQ’s sustainability report, issued today, shows a slight decline in earnings before interest, taxes, depreciation, and amortization (EBITDA) on an annual basis of 1.7%. The negative impact was driven by a decrease in refineries and trading, OXEA, and Salalah Methanol Company contributions to EBITDA by a total of $166 million.

On the other hand, the exploration and production and gas network had a positive contribution by around $140 million.

The Group’s consolidated debt by December 2019 equals 43.7% of its total assets of $29.5. OQ’s outstanding debt as of 31 December 2019 was $12.88 billion, compared to $11.85 billion in December 2018. “The future principal and interest payments will be met by internally generated cash and the Priority Funding Strategies,” the Group states in the report.

A week ago, Duqm Refinery and Petrochemical Industries Company (DRPIC) – a member of OQ Group- announced the suspension of work on the second phase of the Duqm refinery and petrochemical complex project. The work in the first phase, which includes the refinery, continues and has exceeded 72%. State-owned Entities (SOEs) in Oman are facing pressure to reduce spending and achieve financial sustainability in light of the current economic conditions.

According to the report, OQ maintains a legacy portfolio of investments in non- core and non-integrated businesses in which the Group has invested a total of $2.9 billion. “It is part of our strategy to rationalise our portfolio of non-core assets and to maximise the value of those assets over the medium term, using any cash generated to fund further growth aspirations,” it states.

OQ Group was established by merging the operations of nine companies in the upstream and downstream sectors and trading in the oil and gas sector owned by the Omani government locally and internationally. Today, the Group’s operations in 13 countries.