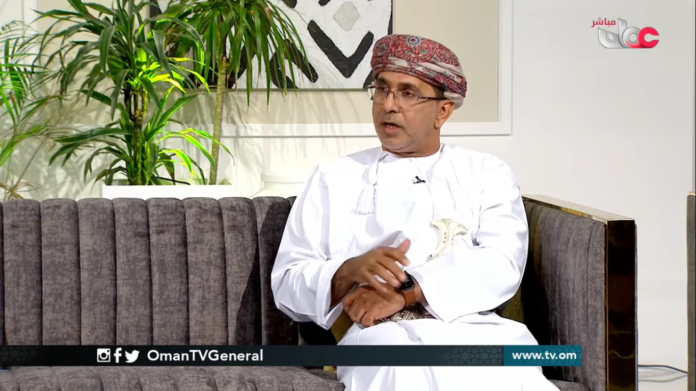 MUSCAT (WAF): Nasser bin Khamis al-Jashmi, Secretary-General of the Omani Ministry of Finance, affirmed the Sultanate’s adherence to the Omani Rial’s peg to the US dollar, and that the medium-term fiscal balance plan 2020-2024 (Tawazun) aims to protect this peg to protect the middle-class in society and the national economy as a whole.

al-Jashmi said – in an interview to Oman TV- that the last change in parity in 1986, when the Omani Rial was devaluated, resulted in “significant inflation”. An experience Oman avoids to repeat, he stressed, especially in light of the Sultanate’s continued reliance on oil as the primary income source.

“In our plan, we try as much as possible to avoid reaching that stage (of devaluation). Therefore, some may see certain initiatives as arduous and have economic and social consequences for society,” al-Jashmi, who supervises Tawazun added.

He said that the alternative, to the current OMR-USD peg, is “more painful”, inferred to the experiences of floating the currency or devaluing it, which resulted in the “almost” disappearance of the middle class in those countries.

The Omani official affirmed that float the Omani Rial will result in “inflationary effects exceeding 20-30%,” which will negatively affect society’s purchasing power.

Al-Jashmi told Oman’s state TV over the weekend that the government is trying to avoid this step, to protect the citizen and the economy. Especially after the reserves of foreign currency decreased “significantly” due to the drop in oil prices since 2014. “Hard currency (USD) is the currency required to protect the Omani Rial,” he said.

Sultan Haitham bin Tariq formally approved Oman’s mid-term fiscal plan in October 2020, but the actual work on Tawazun started in September 2019. Following the Coronavirus spread, Tawazun’s team revised the plan presented to the Sultan in February 2020 incorporating additional measures to make up for the pandemic’s estimated impact to Oman’s economy for the next four to five years valued at RO13 billion ($33.8 billion).

“The challenges were great … the consequences and impacts that Corona added, added to a financial situation that was originally difficult,” he said. Al-Jashmi stated that Oman’s budget needs $80 per oil barrel to breakeven.

The Omani official emphasised that the government takes into account, with every measure, the social aspects. And that 53% of the burden of Tawazun’s measures is on the government – through spending cuts – not the citizens. In addition to a comprehensive social security system that is “being worked on”, it will “address even the gaps that currently exist in the currently existing systems,” without specifying a time frame for adopting or announcing the details of the social security plan.

According to the state’s final accounts for the years 2015-2019, the government was able to keep its expenses below the budgeted amount in 2015 only. In all the other years, the total actual expenditures exceeded the budgeted.