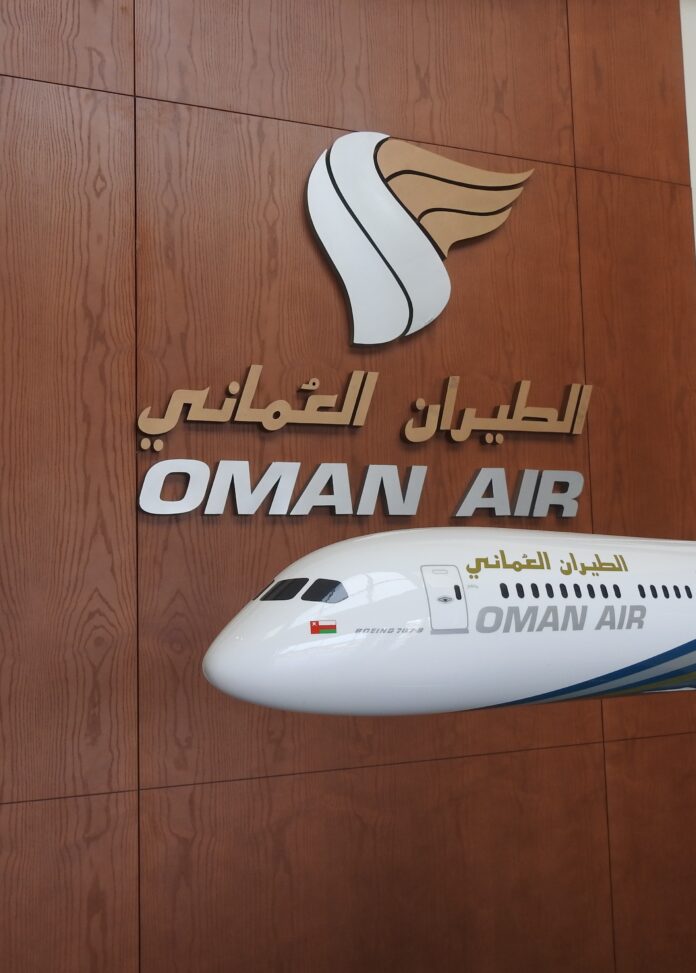 Muscat (WAF): Oman Air has decided to shrink its fleet by 28% while getting into more code-share agreements to give up government subsidy, Mohammed al-Barwani Chairman of Oman Air said.

Speaking exclusively to WAF News, al-Barwani -who was appointed as Chairman of the national carrier in July 2020- said that Oman Air’s operations had dropped significantly due to the repercussions the Coronavirus had on the aviation sector in particular. “We currently operate at 15% -20% of our capacity,” he added. The Company has a fleet of 50 aircraft.

“The pandemic took a longer than expected, and were hoping to start operating more flights to Europe during this period,” al-Barwani said. However, the pandemic’s new wave delayed these plans.

Yet, with the rollout of the Covid vaccine, he expects the Company to increase the operating capacity to 30% -35% in the second half of the year. Oman Air is especially looking forward to operating more flights to profitable destinations such as the European continent, India and Thailand, which are all facing lockdowns due to the pandemic and the new strains.

The Coronavirus impact on the aviation sector is not the only challenge facing Oman’s national carrier. But al-Barwani sees 2020 as a changing point to revamp the state-owned and subsidised company.

Speaking to WAF News, al-Barwani addressed plans by former management of the national carrier to reach a break-even point and become a profitable company.

Al-Barwani said that the earlier plan was to build up the airline to 65-70 aircraft. He described the move to have high risks to “the country and the airline.” The previous approach required an increase in the fleet and also to accommodate a larger number of employees. However, the effects of the pandemic on the aviation sector have allowed the number of non-Omani workers in particular to reduce.

“Our plan is to reduce the number of aircraft to 36 (and) focus on a smaller company,” he added. And will be signing more code-share agreements to reach new destinations instead of expanding the fleet.

The Chairman said that “Oman Air should be viewed as the strategic asset of the country and an enabler of other sectors such as tourism, transport, hospitality and retail.” But, he recognised that the new strategy aims to make Oman Air subsidy-free withing a few years.

While adhering to the role of the national carrier of the Sultanate as an enabler and supporter of the economy, al-Barwani affirms that the company is not going to need any financial support from the government “within the coming few years” and to start making profits. “We will need to support the government over the next few years,” he said while stating that the government’s support has been declining.

“2019 was a good year,” the Chairman of Oman Air said. The company was able to cut operating cost and required a smaller subsidy from the government. The ongoing measures to cut cost relies on cutting the Company’s losses on loss-making destinations.

Al-Barwani emphasised that the Company had already stopped non-economic routes and destinations, and the last destinations to be suspended for these reasons were Athens, Beirut, Manchester and Casablanca.

On the other hand, Oman Air is working with SalamAir – with which it has a code-share agreement – to complement each other’s efforts as two local companies to achieve strategic and economic national goals.

Oman Air manages assets worth 1 billion Omani Rials ($2.6 billion). Regarding the plans to sell the assets, Al-Barwani said that the sale of assets -including aircraft or stakes in business units- will depend on market conditions. He added that the Company would wait for the sector to recover to avoid selling any Of the Company’s assets below fair value.

It is noteworthy that the decision to dissolve the Oman Aviation Group and Transom Company by the Oman Investment Authority – the owner of most government companies – resulted in the transfer of catering and the duty-free entities to Oman Air.